These Boots Are Made for Walkin'

Picking up where Scarlet left off almost exactly one year ago, I am in need of a new pair of boots. Rain boots. Boots for when I'm working out in the garden or playing in the yard with the Papoose, and the ground is wet, and it's too cold for my Crocs (which just so happen to also be the same ones Scarlet has...great minds, and all that).

And I think Ouiser has some orange Hunter boots.

I was almost drawn in by the idea of getting the Papoose and myself some matching boots. I mean, seriously, can you imagine the cuteness? I'm not the type who would dress us alike to just be out and about, but just matching boots for the garden...? Come on, what, are you made of stone?

But then I realized that she would quickly grow out of them and I would be stuck, likely for years, with these: 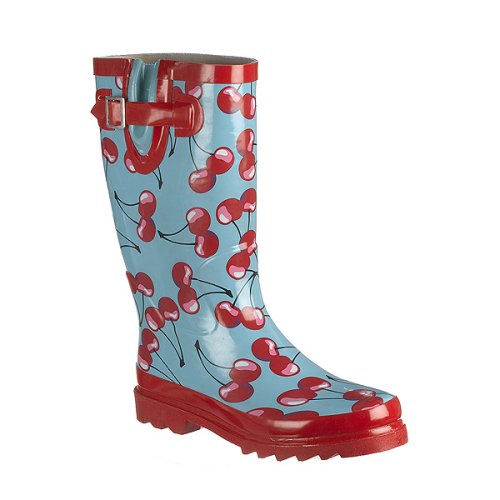 Which are cute. But just not me.

So, in search of some that are more me, I find that I'm torn between several. So, a la Scarlet, let's put it to a vote: Which boots should I get? 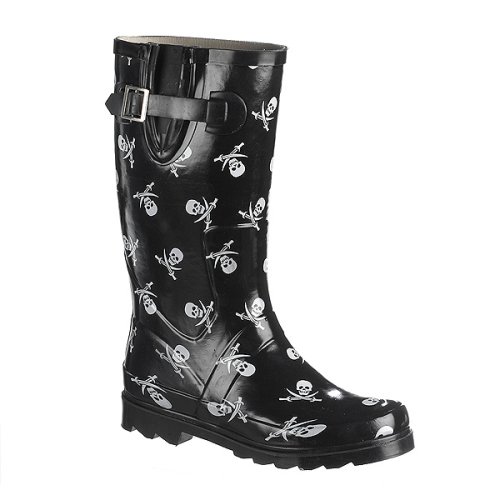 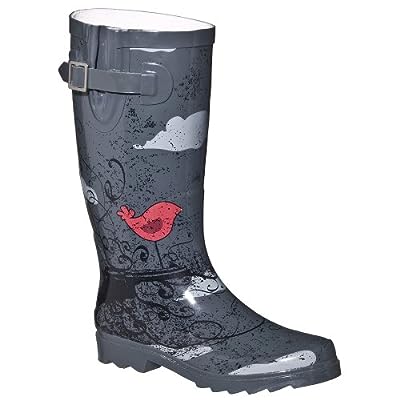 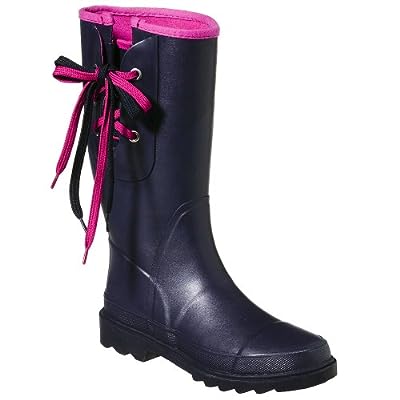 And, lest you think I've forgotten the Papoose, I've got a bid out for these on eBay: 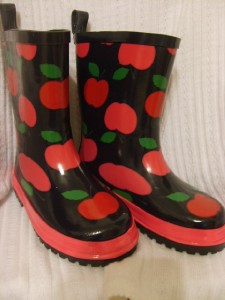 Email ThisBlogThis!Share to TwitterShare to FacebookShare to Pinterest
Labels: home and garden, just for fun, Papoosekin

#2. the first pair seemed obvious when i first looked, but i think it's a bad omen to put those on in your garden. and the laces on the third would get filthy and wet.

I'm for the badass pirate boots. But then, I tend towards badassery.

Although I like the laces the best, especially the brigh accents, i agree with Ouiser.

I, too, like the pirate theme but I have to go with #2. They seem the most versatile.

Wow, I guess I'll look like a bandwagon hopper, but I vote #2 as well. And I decided BEFORE I read all the other posts ;-)