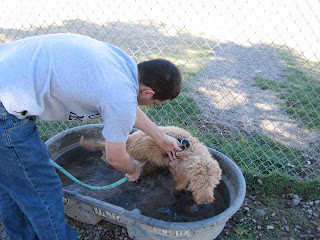 The dog park/spa. Yeah, right. This is our attempt to clean him up at the dog park after he spent the morning rolling in a mud puddle. The husband calls it the "power wash." 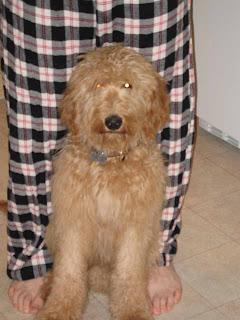 Pajama pants made for the husband. He was the only one not in pajamas Christmas morning, mainly because I had the fabric sitting around the house for about a year now waiting for me to make them. Hey, better late than never. 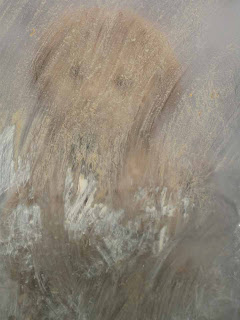 Did I mention he's fond of the mud? This is his abstract/impressionist self-portrait. Made by carefully jumping up just so on the patio door, after covering himself in a very special mud mixture designed specifically to create an opaque film on the glass. It's a technique he's honed. 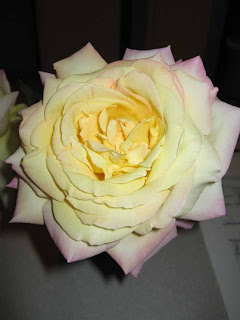 A couple of roses from the bushes in our yard... 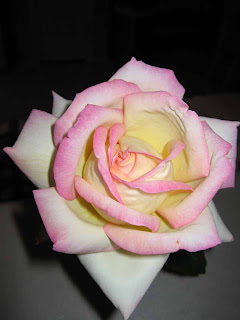 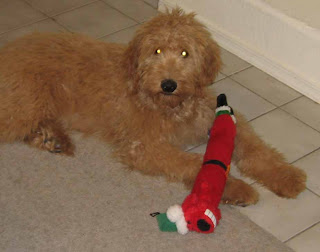 Chewy and a Christmas present... 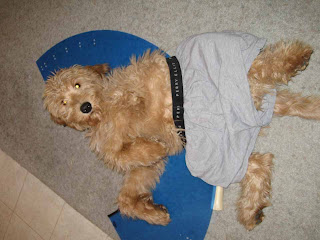 Before we got the collar (that he's laying on in this pic--not sure why), Chewy spent a few hours in some comfy boxers to keep him away from his surgical site, post-"fixing." He didn't seem to mind much. 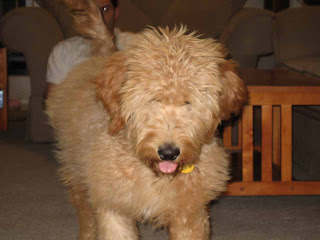 An action shot: Chewy in pursuit of ball.

I'll try to write a real entry tomorrow. For now, thought some pics would suffice.