So, let's just pretend the entire month of October never happened, shall we? Well, okay, we don't need to ignore October, specifically. It is my favorite month, after all. Let's just ignore the fact that I haven't posted for a month. And we'll start fresh with November.

But that doesn't mean I'm not going to fill you in on October. Anyone left out there still following my blog after my long and unexplained absence is probably itching for pics from the Papoose's first birthday part. But you'll have to wait. When we left off last, the Papoose and I were headed south to visit Toddler Tamer et al. 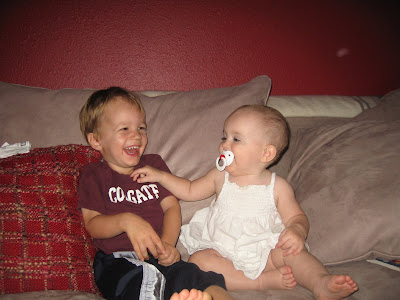 We had a fabulous time. It was so much fun seeing the two little cousins together. J thought everything the Papoose did was HI-LARIOUS, including saying, "Bah!" which he laughed about for 20 minutes straight. No exaggeration. The kid has the best sense of humor of anyone I know. 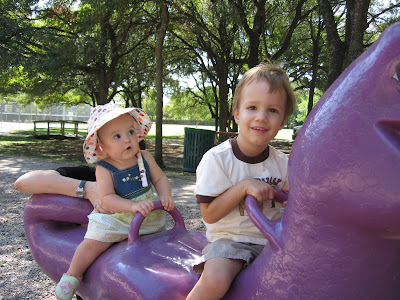 And, of course, the Papoose wanted to do EVERYthing that J did, including play with whatever he was playing with, read whatever book he was reading, eat whatever he was eating, drink whatever he was drinking. J was such a good sharer, though I think his cousin't grabbiness was wearing on his patience by the end of the week. 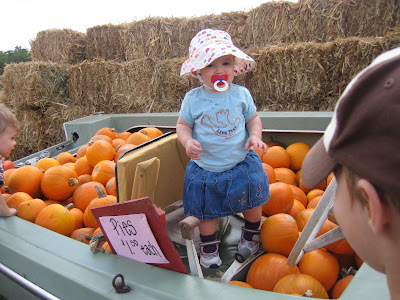 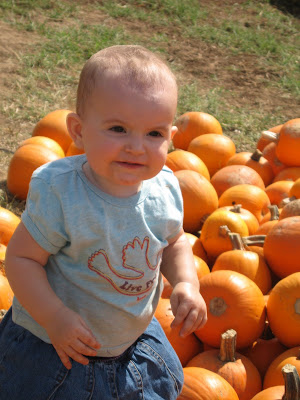 We also visited a great pumpkin patch near Austin, where the kids pretty much got to run around willy-nilly while Toddler Tamer, Mr. Toddler Tamer, the kids' grandfather, and I tried to keep up. It was great fun.

I'm so glad you posted these since I was a slacker and never got around to it either. 'Twas such fun even though they were exhausting!