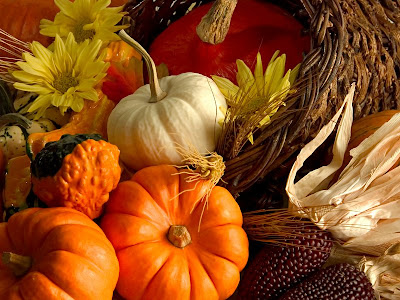 Image via MoneyLaw
A week ago, I lost my wallet somewhere between exiting the grocery store and driving home. The Husband and I suspect that I probably set it on top of the car as I was loading the Papoose into her seat and then forgot about it.

Fortunately, I realized it was missing pretty much the second I got home. I searched everywhere in the bags, the car, then drove back to the store, making the Husband come with me. We searched the parking lot about five times and asked inside whether anyone had turned it in. They hadn't.

I was a wreck with tears, anxiety, guilt...we've started a new budget around here that involves carrying a lot of cash to reduce reliance on the plastic, so I had close to $100 in the wallet.

Not to mention: how many times does a girl have to cancel her credit and bank cards in one year due to theft? I realized that this was the fourth time as I called up my friends at Visa, AmEx, etc. to go through the rigamarole once again. Then we headed for Ouiser's where she handed me a glass of wine about 30 seconds after walking in her door.

The next morning, we swung by the grocery store again. The Husband recognized it as a slim possibility, but a possibility nonetheless, that we may have gotten back to the store too fast the night before. Someone could have found the wallet on their way into the store and proceeded with their shopping, figuring they'd turn it in as they checked out. Then it would have to get from the cashier, at the end of his or her shift, to the people at the customer service counter, etc. Anyway, it was worth a shot.

I went up to the counter expecting the same routine as the night before:
"I lost my wallet here. Has anyone turned one in?"
...quick rifling through the drawer...
"Nope, sorry."

But this time it was different (you saw this coming, right?)!

A Prada wallet. Yeah, right, a fake Prada wallet, but still, it says "Prada" right on it. And someone turned it in.

All the cash was there.

All the cards were there.

Someone in my neck of the woods has a heart of gold and my faith in humanity felt another huge uplift, honestly, comparable to how I felt when I went to bed November 3 knowing that when I woke up the first black president would have been elected. I know the significance of my situation hardly seems comparable. It was just a wallet for crying out loud. But that election restored a lot of my hope and faith in humanity, on a very large, grand, and symbolically meaningful scale. The returned wallet did the same on a very small, personal, and symbolically meaningful scale.

I have a lot to give thanks for this year. But today I'm thinking of that individual whom I'll never be able to identify. That person who did one really nice thing for a complete stranger that they would never meet. Perhaps they did it without a second thought; perhaps they were tempted and struggled with their inner morality before doing the right thing. Either way, I'm so touched and it has been eating at me that I had no way of knowing who it was so I could bake them some brownies, at least.

Today, the perfect thank you occurred to me. I am hereby pledging to make a donation to a charity in honor of that good Samaritan. I haven't chosen the charity yet, and I'm going to wait a few weeks to do it (the Husband's company has announced that there will be upcoming layoffs; so for the sake of caution and his blood pressure, I will wait until we are in a more secure position before doing this), but I'm announcing it publicly, not so I'll get any credit from all of you, but so all of you will HOLD ME TO IT! Please, don't let the mommy brain delete this thought from my head along with everything I ever learned in kindergarten. If I don't update you all in a couple months, someone remind me! You may think I'm kidding, but I'm not. I've lost at least 50 IQ points since the Papoose was born.

Anyone want to suggest a charity?
at 1:28 PM

the help center in dickson. it seems important that you choose a local charity on this one. there is also a local habitat for humanity branch...or maybe HOPE IN THE HOOD!!

Doesn't this just restore your faith in mankind? What a great story!

I agree with Ouiser that it should be a local thing. I don't necessarily feel that it needs to be a monetary thing though. Maybe you can give in the form of a food donation or by volunteering some of your free time to one of the organizations mentioned.

I love that some people are just plain honest. It's nice that you went back again and were able to find that out. YAY!

Pay It Forward
http://www.payitforwardfoundation.org/
to inspire others to do the same!

Okay, Kiddiwinks, this is Feather's Dad stepping in here. She's encouraged me to stop lurking.

I say send a letter to the editor thanking the good samaritan and asking what their favorite charity is.

If no response, then I say give to my favorite charity, the Salvation Army. Don't get twisted about the name, these people do real good work on the street, giving meals and shelter to the homeless, immigrants and refugees...and helping useless teenagers looking for a purpose.