The Papoosekin is officially walking. Or toddling, anyway. A week ago, she took six steps in a row while I was on the phone with the Husband. We decided that was officially walking. She'd taken one or two steps at a time for days before that, but this was the first real walking she'd done. This video is from last weekend, and I'm sorry it's sideways. I don't have software to edit it, but I'll take another one soon. In the meantime, I knew I hadn't posted any pics of the Papoose in a while, so thought I'd better throw some baby action up before I get lynched. Enjoy! 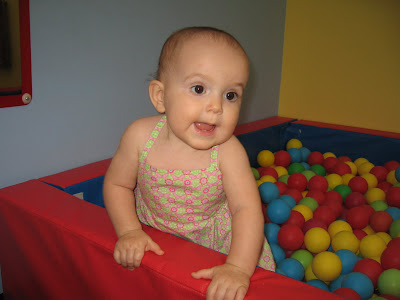 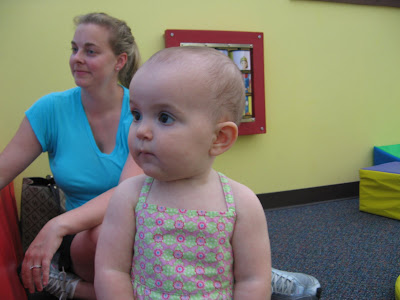 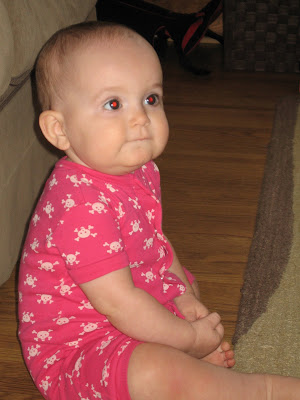 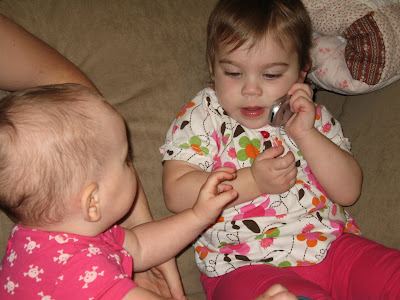 Cell phones are one of the holy grails of babyhood, in addition to digital cameras and remote controls. Much tussling ensued after this shot was taken. The Ouisers should really get S a bluetooth headset.
at 4:14 PM

It's always so amazing to see them learn to walk! Adorable.

Oh my god... did you just hear my squeal all the way down in TN??? B needs to get this job so I can see her more often!!!

Found you via scarlet lily... Your wittle girl is adorable!

Ridiculous! I can't believe that she's walking - did you doctor this video - like the moon landing or something??

She's absolutely darling! Marilyn has been telling me I need to check into your blog (and scarlet lily). I'm so glad that you can share such precious moments with us! God bless you and your family.
Paula

It's a whole new world for everyone! I love watching her smiling self toddle along. Such a beautiful girl, that L!