This was our kitchen before the great dishwasher breakdown/kitchen-basement flood of '09.
(You can tell how old this photo is by the presence of the exersaucer! It goes without saying that you must excuse the mess.) 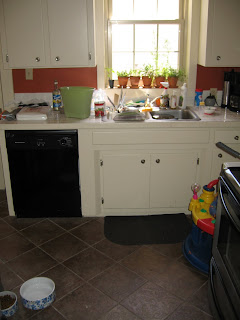 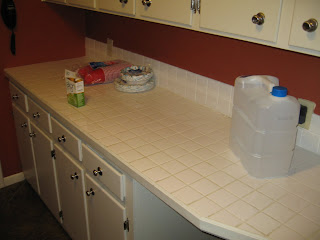 This is after the Husband ripped out everything, EVERYTHING, down to the studs. The water had seeped up into some of the cabinets and, because the original cabinets were custom-made, and because of the way they were installed, none of them could be salvaged. We have been completely sans kitchen since October 2009. The refrigerator and oven are in the dining room. The mircrowave is on the dining room table. The toaster oven and coffee maker are on top of the oven. We have not had use of the oven. We have had only our little bathroom pedestal sink for washing dishes (well, that, and occasionally the Ouisers' dishwasher). We didn't even have the microwave, toaster oven, or coffee maker at first. It took a while to get the dining room serviceable as a mini kitchen. During the serious demo, we didn't even have that, as it was closed off from the rest of the house to try to contain the dust. I think I've gained maybe two pounds after five months of eating out. I think that is a MAJOR success! 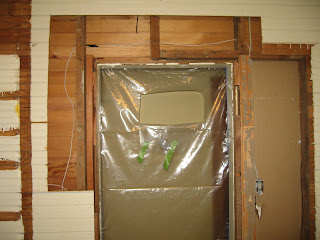 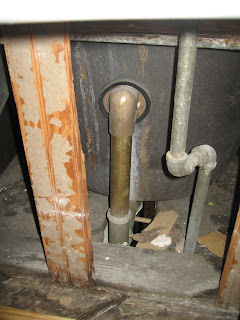 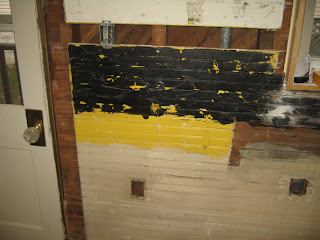 We took out the wall between the kitchen and the dining room. We're remodeling the adjacent mud room at the same time. The Husband did all the plumbing and electrical himself. We hired someone to take out that wall, and to put down the sub-flooring. We had another guy do the tiling. The Husband did all the sheetrocking with the help of his brother, Mr. Ouiser, and Ouiser's brother. It took FOREVER since everyone involved has, you know, a full-time job. And OMG, I think the Husband could have written his own blog on the trials and tribulations of home remodeling, especially in a 1930s home. 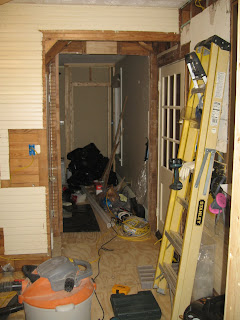 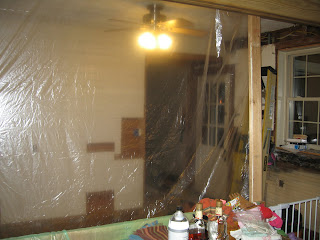 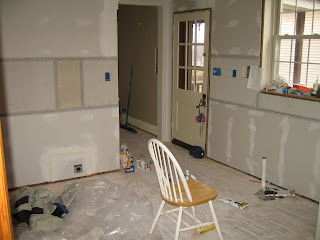 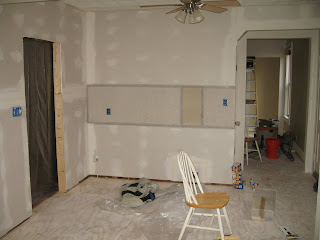 There's more, but I'm out of time. The Husband is at the lake, studying for a work-related test, and the Liliputian and I are on our way to Monkey's Treehouse. More to follow...at least it's a start!
at 7:34 AM

I am deeply impressed. We were without an oven for a few months and I found just that taxing--I am also deeply impressed that you only gained a couple of pounds with all the eating out!

P.S. We have that same chair!

Oh my Gosh! That must have been so crazy-making!