Happy Thanksgiving, Peeps! We had a fabulous feast with Ouiser's family, followed by naps, and brought to a perfect close by a game night at Ouiser's house. We played a game that was new to all of us...I can't remember the name. Perhaps Ouiser will mention it soon, otherwise I'll ask her for it, because I highly recommend it to you gaming types out there. I seriously laughed harder during this game than I have in years. It was one of those laugh-fests where you're laughing so hard you're not making a sound. At least half of us were in tears. It was great.

We had a little Papoosekin experiment, too, whereby we put her to sleep in a spare room (okay, it was a bathroom, but a really nice one! And warm, and quiet, with some white noise to sleep by. Really, if you ever have to sleep in a bathroom, I highly recommend Ouiser's. It's very clean.), planning to try putting her in the car when it was time to go, and back in her crib when we got home. We knew this had the potential to end in disaster with a wide awake toddler just as we wanted to go to bed, but you have to try these things at some point.

Honestly, I think it would have been fine. We turned off all the lights in Ouiser's house between the bathrood/nursery and the front door. We had he car running and warmed up. Ouiser held the flashlight as I smuggled the Papoose down the stairs, out the front door, and into the car, where the Husband was sitting in the backseat, ready to buckle her up in record time. I drove us home without a word. The Husband and I were a dream team of perfect parental synchronicity as I unlocked the door at the exact moment that he approached, followed him down the hall turning on exactly the right light to illuminate her room just enough for him to see where he was going without waking her up further. He tucked her in, I turned on the white noise, and we exited, proud of ourselves for our parenting prowess.

Not a peep. She went right back to sleep. Life was good.

Until I was getting ready for bed, half an hour later, and heard her up. This never happens. I figured she was just settling herself after being moved, and told the Husband to turn down the volume on the tv.

I was tucking myself into bed, turned on the baby monitor, still hearing minor fussing from the Papoose, but secure that she sounded like she was trying to get back to sleep. Then I hear,

"Puck?" That cat's meow is unmistakable. But I couldn't hear exactly where it was coming from. It almost sounded like it was coming from the baby monitor...but no, he never goes in her room. But I didn't see him in the bedroom either...

OMG, that was definitely coming in over the monitor. That F*$#ing CAT was in her room! I ran downstairs, yelled at the Husband to hold the dog so I could wring the cat's neck unobstructed, opened the Papoose's door about two inches for about two seconds while the Menace darted out.

Those of you who aren't parents may not understand why that's such a big deal. You. Don't. Mess. With. A baby's. Sleep. Period. But especially when you have a baby who's been known to get up at 4:30 am.

To make a long story slightly shorter, this catastrophe (CATastrophe. Get it? Heh.) was followed by a tragedy of errors (not comedy, tragedy, I assure you) including the Husband going to bed without letting the dog in, resulting in much barking and scratching at the door; the baby waking up every 45 minutes and not getting back to sleep, necessitating the Husband going into her room and getting her back to sleep while he held her for an hour; pulling her into our bed around 5:00 am where she eventually fell asleep, crowding the Husband into a sliver of his side of the bed and kicking him every so often, just to make sure he couldn't go back to sleep...

She made us pay for yesterday's fun.

So now I'm sitting on the couch, giving thanks for coffee and peppermint mocha creamer, and doing some Black Friday window-shopping from my couch. Here are my favorites: 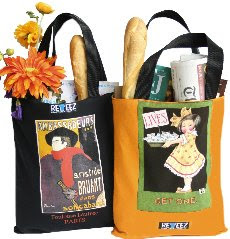 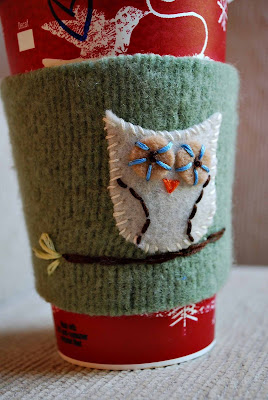 Any big recommendations on your holiday shopping list?
at 10:42 AM

Did your cat have some sort of secret meeting with mine? Your story sounds like it came from my house!

I saw the 60 Minutes report about Project Peanut Butter and it really does sound like a miracle worker in food form.